The Congress is pleased to welcome Korean Professionals to the event, they are Yang Jaeho 9P and An Younggil 8P.  The Pros will be conducting workshops, teaching and playing simul games as well as reviewing games played at the tournament.

Below is a brief profile of each player. 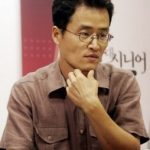 In 1980s, he was regarded as one of strong rookies along with Yu Changhyuk 9p and Cho Daehyun 9p against the top two players (Cho Hunhyun 9p and Seo Bongsu 9p) in Korea.

In 2010, he was the national coach of Korean team at the 2010 Guangzhou Asian Games, and Korean team took all three gold medals. From 2011 to 2016, he was the secretary general of KBA, and he made a great effort to promote Go not only inside of Korea, but also in other countries.

He became a president of the K-Baduk in June, which is a cable TV Baduk channel in Korea.

AnYounggil is an 8 dan professional Go player with the Korean Baduk Association. He qualified as a professional in 1997.  In 1998 he won the ‘Prize of Victory of the Year’ for winning eighteen games in a row.  In 2001 took 3rd place in the 35th Wangwi cup, and the 3rd place in the 1st Korean Rookies’ Victories and achieved high placings in many other tournaments until he was conscripted for compulsory military service.

An Younggil left Korea in 2008 to teach and promote the game Go overseas. Younggil now lives in Sydney, Australia, and is one of the founders of Go Game Guru.  Younggil lectures at the Sydney Go Club which are recorded and posted on Facebook.  Younggil also teaches students face to face as well as over the Internet.

Younggil is also part of the steering committee for the Australian Go Congress and helps events such as the Hanho Newspaper Cup, the Korean Ambassadors Cup. Younggil is a member of the AGA Committee, National Coach, a member of the Ratings & Youth sub-committees.  Younggil also travels to state and local tournaments around Australia teaching and helping Australian players improve their skill.

Enquiries should be made to: contactus@ausgocongress.com
Address: 570 Blaxland Road Eastwood NSW 2122